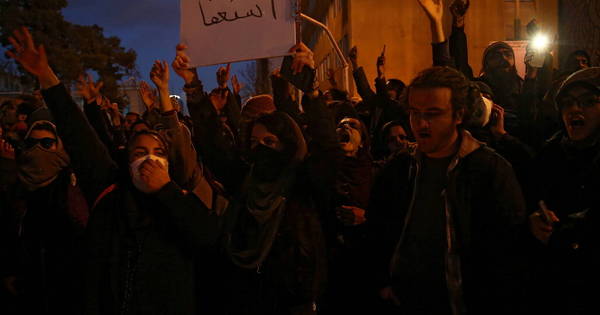 UK ambassador to Tehran Rob Macaire was arrested during a protest against the Iranian government and held for more than an hour, the British Foreign Ministry said on Saturday.

"The arrest of our ambassador in Tehran without cause or explanation is a gross violation of international law," Foreign Minister Dominic Raab said in a statement.

The British chancellor stated that the Iranian government "is currently at a crossroads".

"It can continue toward pariah status, with all the political and economic isolation it entails, or reduce tensions and adopt a diplomatic path of progress," he said.

Sky News reported that Macaire was arrested on suspicion of "organizing, provoking and directing radical actions."

According to British media, Macaire was attending a vigil to honor the victims of the Ukrainian air crash in Tehran this week, a protest against the government and arrested on his return to the British embassy.

Iran admitted on Saturday that it "unintentionally" shot down the Ukrainian plane, which was traveling 176 people, confusing it with a "cruise missile".