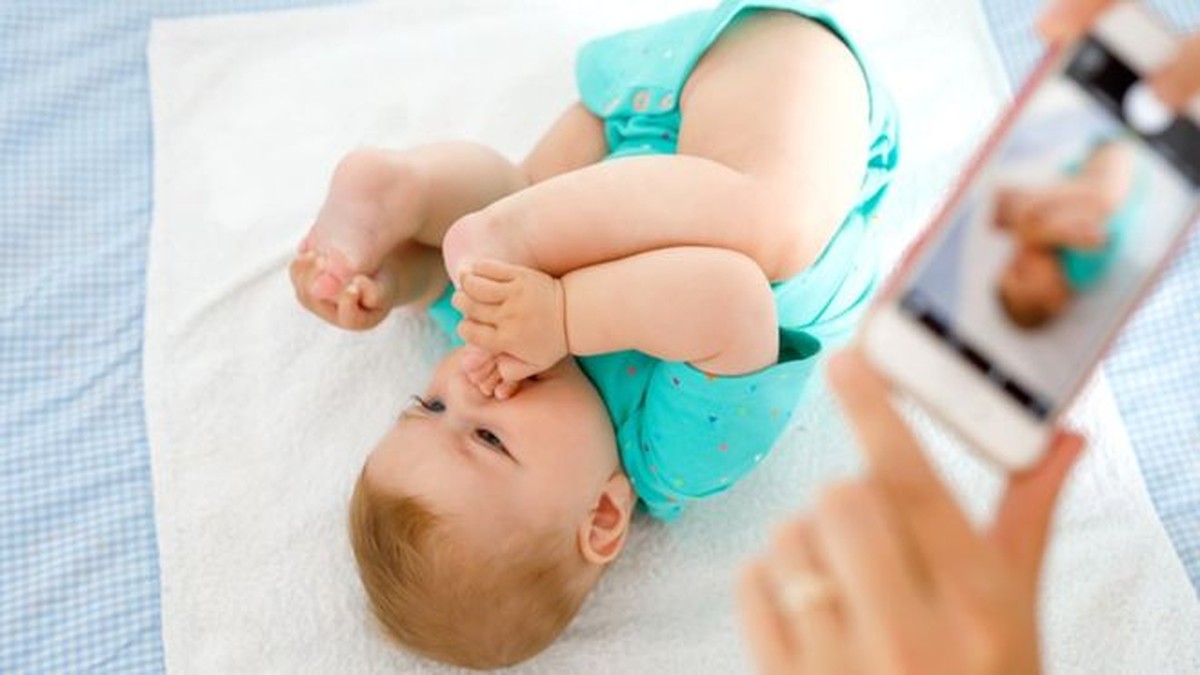 As she began researching sharenting a few years ago, American scholar Stacey Steinberg thought she would finish her work convinced never to share anything about her three children on the Internet.

That's not what happened.

About to launch his book on the subject, Steinberg says he still has "more questions than answers" about his parents' current habit of posting photos, videos and stories about their children's lives online – sharenting is a combination, the words share and parenting.

"I don't know if I've found this balance (between what to share or not), I don't think so yet. What I can say is that I strive as much as a model for the proper use of social networks as I do in other decisions, like if I should allow my children to play alone on the street, which school I will enroll them in. It's another piece of the parenting puzzle, "she tells BBC News Brasil.

It is that today's children make up "the most watched generation in history," in the words of Benjamin Schmueli and Ayelet Blecher-Prigat, in one of the most important scholarly articles on child privacy.

A 2017 survey of 2,000 parents of young British children found that they posted 195 photos of their children online each year.

Before the age of five, these children have an average of 1,000 pictures of themselves posted on the Internet. 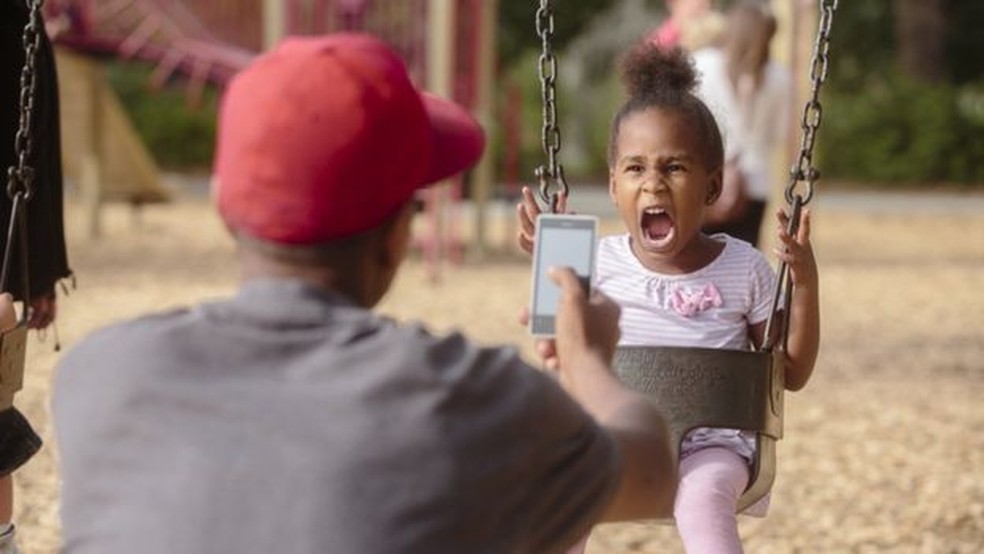 "It's ironic that so much of our energy is spent on how our kids use social media and how much time they spend on the internet, and we rarely focus on our own behavior," says American researcher – Photo: Getty Images

Stacey Steinberg, who is a professor of law at the University of Florida, became a reference in the US and the UK as she wrote scholarly articles and a Growing Up Shared book to be released in August. ) about sharenting.

She argues that while exaggerated – and especially thoughtless – sharing is a bad example for children and threatens their well-being, sharing itself is beneficial in increasing our community connection, sharing experiences. and social coexistence.

"There is great power in the practice of sharing our lives with our communities."

The key, she argues, is to reflect before publishing and including children in the decision-making process about what will be posted about them online, in order to educate them about privacy, consent and how to behave on social networks.

"It's ironic that so much of our energy is spent on how our kids use social media and how much time they spend on the internet, and we rarely focus on our own behavior," he says.

"And sharenting is one of the ways we can model (for children) social media use. We do well to think about children's screen time – certainly boundaries need to be set – but we would also do well to look at ourselves." about how we behave online and what we share. "

"Decisions will not be the same for all families, (but) we should think hard and make informed decisions that fit our values…. Families benefit a lot from sharing their lives online – they get support and learn – and I certainly don't want to silence the voices of their parents. But there is an intrinsic conflict about children: we are both the guardians who keep information about our children safe and private, and the ones who decide what we make public. and when."

With that in mind, Steinberg began to voice his own children before sharing anything about them.

"The conversation is different with my teenage son and my daughter who is still in first grade. But even she is aware of herself, of times when she is ashamed, and has an opinion on what makes her feel good or not." , account.

"If I take a picture of her, I ask her what she thinks I share. And I start with, 'Can I send this picture to Grandma?'. And from her reaction to the conversation. I see it as a way of teaching to she has a right to her own image, her body. She can decide how and when I will share information about her, "he continues.

"My middle child participates in gymnastics competitions, and (I ask) before sharing videos and I show him the comments I get so he is comfortable with what is being said about him online."

'But what's the matter with sharing?'

"I'm proud of you and I want to share it. I don't understand what the problem is," one mother told her teenage daughter in a New York Times story in August 2019. The 16-year-old daughter complained that her mother "share my whole life" online.

Similar discussions between mothers and children were presented in a report to Fantástico, from Rede Globo, about the theme, in April last year. 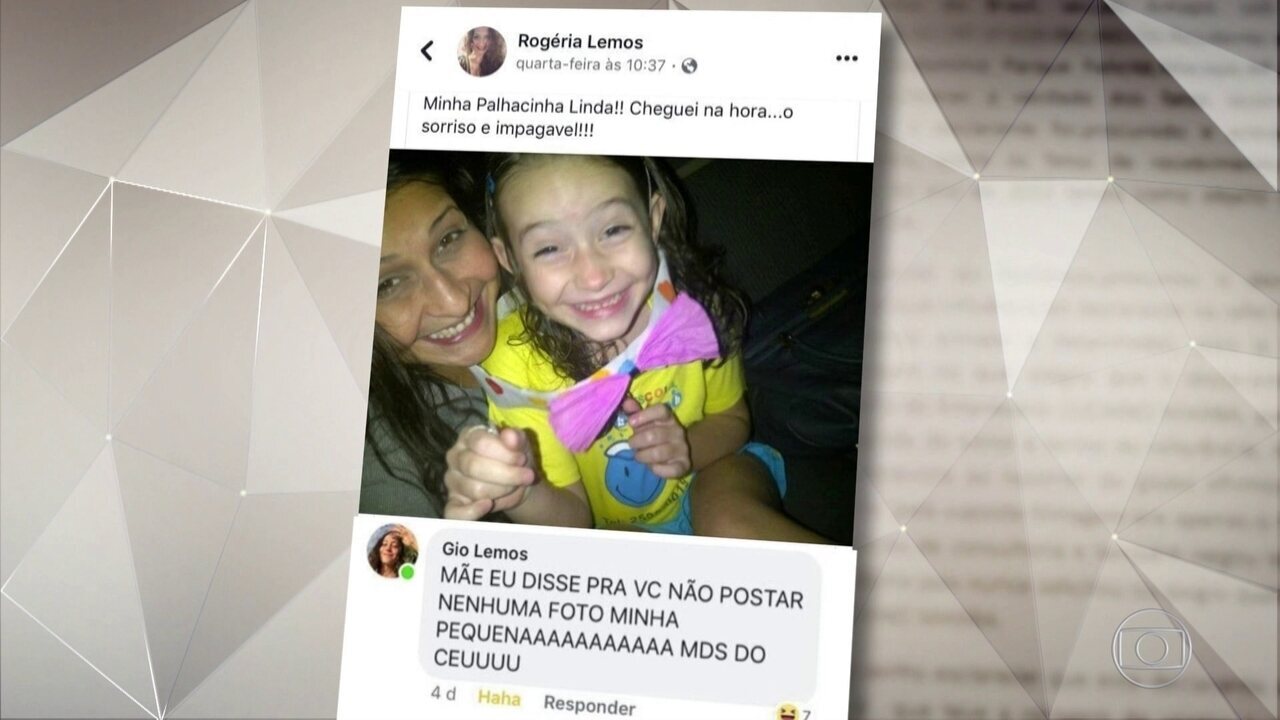 "I am at the mercy of a situation that I am not controlling, that I am not wanting to expose," said one of the young Brazilian women interviewed, complaining that their mother posted every detail and stage of family vacation travel.

Perhaps the most famous sharenting dialogue to date has been between American actress Gwyneth Paltrow and her daughter Apple Martin, also in 2019.

"Mom, we've discussed this. You can't post anything without my consent," Apple commented in a photo of mother and daughter on a mountain posted by Paltrow in her Instagram account.

"But you can't even see your face!" Answered the actress.

For researcher Steinberg, there is often a disconnect between what parents and children find acceptable to publish, although this is fluid and changing as people learn more about social networks.

"I remember that when I was 11, 12 or 13 years old, when I went shopping with my mother and she said that certain clothes would look good on me, I would rush to buy clothes she didn't like. My idea of ​​what it looked good on me was different from hers, "says Steinberg.

"This is what we need to understand: our view of what can please our children is different from their view. Being aware of this, we will also be aware of the other risks of sharing information online and will be on the right track."

Another question to ask yourself is: If they posted this about me, would I like it?

This is particularly true for parents who post photos and videos of their children having tantrums, crying or "misbehaving". These videos may be funny or well-meaning, but archived forever on the Internet, they may in future become a source of shame for children.

Before posting kids doing something 'unfavorable', it's good to think: would I like them to do this to me? – Photo: Getty Images

In interviews with 1,000 UK youth ages 12-16, a survey found that 40% of them said their parents had already shared embarrassing photos of them.

There are also greater risks of over-sharing due to misuse of personal data by third parties.

The first of these risks is identity theft from photos and personal information obtained online. Children are seen as a potential target for this type of theft because, as they spend their childhood years without needing certain documents, bank account applications or financial credit, they can have their information used illegally for a long time without being detected.

"It has never been easier on social networks for fraudsters to get the key information (name, age, place of birth, parents' names, etc.) needed to steal someone's identity," said Jodie Gilbert, chief of security at the time. bank, asking parents to be more cautious about the privacy settings of their social networks and what is posted about their children.

The other big danger is pedophilia: that naked photos or little children's clothing end up circulating in hammocks frequented by pedophiles.

According to a 2017 survey in Latin America, almost 40% of Brazilians surveyed admitted to posting pictures of their children in their underwear, diapers or bathing online.

"In the past, spontaneous photos of children were taken awkwardly, but parents preserved and shared them in photo albums inside their homes. As a cyber security professional who spends a lot of time on social networks, I am impressed by what users share online and how we are exposing our children to torment in the future, "Dmitry Bestuzhev of Kaspersky Lab, the research company, said in a statement at the time.

For Stacey Steinberg, these dangers are indeed real, but they should not be overestimated either. The most important thing, he thinks, is still thinking …

How a robot helped me overcome...