Home sports Opinion: If the Titans can do this to the Ravens, they can do it to anybody left…

Opinion: If the Titans can do this to the Ravens, they can do it to anybody left… 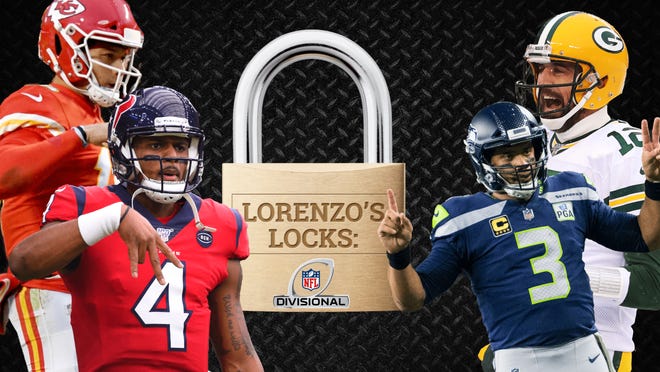 BALTIMORE – Before the playoffs departed, a rallying cry from Derrick Henry in the preseason began to take hold with the Titans.

Now you must ask yourself: who will stop them?

These losers, who apparently struggled uphill all season with a lack of respect in their sleeves, proved the doubters were wrong until they became legitimate Super Bowl contenders.

Ending the Patriot dynasty in the most vulnerable way, impressive as it was, was one thing.

Saturday night 28-12 win about the Baltimore Ravens, with the best seeds from AFC, was another.

This was the stage at which failure would be expected, even understandable. In this noisy purple place, against these 12 consecutive Ravens winners and owners of the most prolific prolific attack in NFL history, everything was lined up against the Nashville visitors.

Instead, it became the biggest statement ever made by these titans. They have managed to create something special in a season with so many previous lows that the highs can only be surprising.

It is real, however. These titans are really capable of defeating anyone anywhere.

We really didn't know that until Saturday night. We do it now.

The Titans somehow managed to control a game in which 530 yards were surpassed to 300 and quarterback Ryan Tannehill played for only 88 yards, compared to Henry's 195 on 30 charges.

They did so by being more excited than the Ravens – scoring three touchdowns on the third down, forcing turnovers, making two critical defensive stops on the fourth and short – and continuing to pilot the relentless Henry and a steady, fast-paced attack that is proving tortuous for all. defenses in your path.

You could say that it is earning ugly, but there is no such thing at this time of a season.

The Titans won this game in the AFC championship.

For all the enthusiasm they have provided in recent months, nothing has been easy. This rarely seemed a dominant team as much as a brave, well-trained, hard-working team. That was the identity, and as much as you respect it, you also had to wonder about the bright side when competition increased.

And there was no NFL team as dominant this season as the Ravens. Playoffs, as they should be, are built to reward decent regular seasons. The Ravens had all the advantages. They had a noisy crowd ready for a Super Bowl race. They were rested and apparently more than ready to face a team of Titans who had been fighting for the postseason life for the past two weeks.

Instead, the Titans attacked first, and a 14-0 lead was gigantic in a clash of two teams eager to play football. Before the break, the Titans intercepted Lamar Jackson to kill a car early, scoring a touchdown, and then detained him in fourth position to mount another.

It was the perfect combination of complementary football that the Titans had been looking for all season, although they rarely found it. After each fourth and short stop, the attack immediately took advantage, with Tannehill hitting a long touchdown in the first half and Henry making a long run in the third quarter.

The Titans attack continued making moves as needed, while the defensive plan could not have been much better. The Titans kept Jackson in front of them. They didn't let the presumptive league MVP beat them with their feet. They did it with the arm, starting in the first half, when the Ravens fell behind with two touchdowns.

Jackson made some pieces. He made some runs. He hit a few pitches. But it was not enough.

The gameplay was perfect for the Titans, however. They beat the Ravens at their own game and in the end it wasn't the Titans who looked tired. It was the Ravens as Henry continued to race past them, their season gradually fading and their fans leaving early for the exits.

Next week will bring a new challenge on the road, of course, but there's a lesson to be learned from Baltimore.

If the Titans can do this to the Ravens, they can do it to anyone.